An Irish Evening entitled “Echoes of Ireland” will be hosted in the Garden Suite at Harvey's Point Hotel every Wednesday Night during June, July and August

The Production will include all the noted Big Ballads and Melodies that are so synonymous with Ireland.

The cast is a simple duo comprising of Tom Sweeney and Eamonn Gillespie.

Tom hails from Omagh in Co. Tyrone is a Balladeer, Songwriter and Story Teller and is a genuine rarity in the field of Irish Singing. He spent over 20 years in Nova Scotia Canada playing his Musical Trade. He has also toured extensively in Ireland, USA and Canada. The highlight of Toms's career was when he received an invitation from then-President Bill Clinton to perform his own song “Anthem for the Children” at the White House.

Our own Guest Relations Manager Eamonn Gillespie will also perform in this year's production. Eamonn, the founder of “The Donegal Tenors” two decades ago and has gained lots of experience as a Host and Performer on numerous Luxury Liners around the World is all set to deliver a few Big Soulful  Numbers! To quote Eamonn “This show is all about engaging with our guests and having lots of fun by means of everyone's vocal involvement!

Special mention to any guest celebrating a Special Occasion will also be included.

The Evening will commence sharp at 9 pm every Wednesday and will have a duration of 2 hours with an interval.

Admission is free of charge 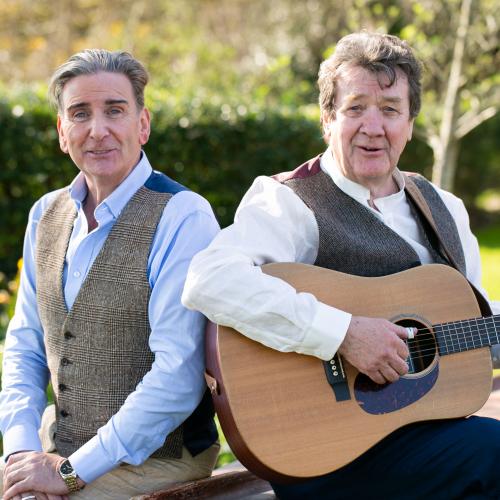